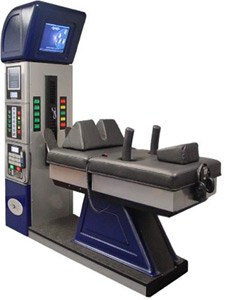 The DRX9000™ provides a primary treatment modality for the management of pain and disability for patients suffering with incapacitating low back pain and sciatica. The system is designed to apply spinal decompressive forces to compressive and degenerative injuries of the spine.

Thermography is essentially a photograph of the heat produced by the body. It measures subtle temperature changes in the skin that can be associated with an underlying tumor or other pathology. It is a physiological test only and a way to monitor breast health, not just a way to detect breast disease. Thermography is a painless, non invasive, state of the art clinical test without any exposure to radiation and with no compression of tissue, it is used as part of an early detection program which gives women of all ages the opportunity to increase their chances of detecting breast disease at an early stage. 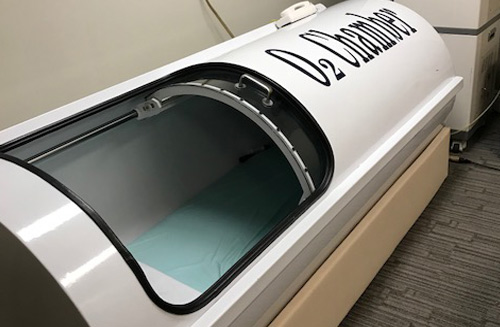 Hyperbaric oxygen therapy (HBOT) is a medical treatment which enhances the body’s natural healing process by inhalation of 100% oxygen in a total body chamber, where atmospheric pressure is increased and controlled. It is used for a wide variety of treatments usually as a part of an overall medical care plan.Under normal circumstances, oxygen is transported throughout the body only by red blood cells. With HBOT, oxygen is dissolved into all of the body’s fluids, the plasma, the central nervous system fluids, the lymph, and the bone and can be carried to areas where circulation is diminished or blocked. In this way, extra oxygen can reach all of the damaged tissues and the body can support its own healing process.

PEMF is a means for improved health began in the late 1800s when the great innovator Nikola Tesla discovered that it was harmless to pass electrical current through the human body—thus the reason magnetic field strength is measured in Tesla (T). Tesla also found that this was completely possible without making contact.

These early devices were much more rudimentary than those available today, they “were often large round solenoid coils of wire that would surround the patient while they would stand or lie on a bed.”