The history of PEMF 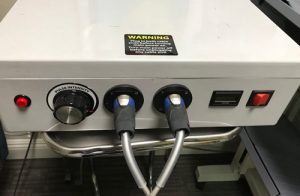 PEMF is a means for improved health began in the late 1800s when the great innovator Nikola Tesla discovered that it was harmless to pass electrical current through the human body—thus the reason magnetic field strength is measured in Tesla (T). Tesla also found that this was completely possible without making contact.

These early devices were much more rudimentary than those available today, they “were often large round solenoid coils of wire that would surround the patient while they would stand or lie on a bed.”

The most obvious benefit is that this process is that the user “feels’ the pulse, as well as its noninvasive, which means no surgery, and it also doesn’t involve taking drugs which often have unintended negative consequences. But it also effectively helps individuals overcome their pain, and research confirms it.

PEMF is used to positively impact energy within damaged or injured cell. It does this by directing repeating electromagnetic pulses toward the affected cells, stimulating a healthier response.

The way PEMF works is simple. A device which emits these electromagnetic pulses through a coil applicator. This applicator is placed on or near the area which is injured or somehow damaged. Energy is then induced from the device to the impacted cells, thus providing the patient with a number of different benefits.

Perhaps the easiest way to understand PEMF is to think in terms of each cell in your body as if it were a little battery. Like with any battery, sometimes your cells become tired and worn, whether due to age, stress, overuse, or damage, making it more difficult for them to fight off any type of potentially damaging force or illness.

What does PEMF treat?

Theoretically, wounds, bone fractures, any area of chronic injury and pain can be a viable target for PEMF therapy.

But there are additional areas where it can be considered appropriate. But PEMF shouldn’t be thought of as “treating” conditions, but rather as a modality that “optimizes the self-healing environment.”

The majority of evidence for PEMF and its primary FDA clearances are for osteogenesis, or non-invasive bone growth and repair. In 2011, the FDA also cleared PEMF for treating depres- sion in patients who fail to respond to pharmacological therapy.

“We’ve found that genetic disorders don’t respond to treatment,” Silver says. “But we might see pain reduction. Partial ligament tears and cartilage and muscle respond very well to the machine. We build and strengthen the muscle with magnetic induction and heal it with pulsed electromagnetic field therapy.”

What Silver refers to here is that at higher intensity levels, patients can feel a pulsing sensation and muscular twitching. The effect is moderate, however, and not painful at all. But given this amount of energy, PEMF will interact with pacemakers and cannot be used with patients who have them.

What types of conditions can PEMF therapy treat?

Since the cellular reaction takes place in every body, magnetic fields are not condition specific. As a result, PEMF therapy can be used to assist with the majority of conditions. In fact, clinical studies have demonstrated that PEMFs are capable of:

PEMF is a non-invasive and drug-free therapy that compliments other therapies and, together with a combination of regular exercise and a healthy diet, can aid acceleration of the healing process. However, individuals are advised to consult their physicals before changing any medication.

If individuals are living with constant pain, they would likely have already tried different forms of therapy; if unsuccessful they may have taken certain painkillers to conceal the pain and organize their daily routine around their pain.

This cycle is followed for such a long time that resistance builds up in the body. Long-term pain medication can also lead to other consequences such as internal bleeding and stomach problems. PEMFs can accelerate the healing process, reducing pain and allowing individuals to move more freely.

At NewMed, one recurrent piece of feedback is that PEMF therapy improves people’s sleep quality. PEMFs are not only useful for deep relaxation but also help with falling asleep and sustaining sleep throughout the night.

PEMF therapy relaxes both the mind and the body and facilitates the release of two hormones called Melatonin and Human Growth Hormone (HGH), which are crucial for longevity and deep sleep, thus improving people’s sleep.

Through theta-delta frequencies, the brain is induced with the traditionally known frequencies for deep relaxation and sleep. Melatonin is one of the most vital hormones for anti-aging and sleep. PEMF therapy stimulates its production in the pineal gland.

HGH is another vital hormone that plays a role in deep sleep and is also stimulated by PEMFs. During deep sleep, both Melatonin and HGH hormones are produced which are also known to have anti-aging properties.

Deep sleep is promoted by PEMF therapy, thereby recharging the body and providing people with an increasing amount of energy during the day. Sleep issues should be tackled to ensure a good quality night’s sleep, because sleep revitalizes and heals the body. So, it is important to get plenty of sleep.

The programs in PEMF therapy promote an alpha state, wherein the mind is awakened but relaxed, and set to learn and simultaneously retain much more without continuous reviewing.

Beta brain waves are induced by another program, where the ability for data processing, problem solving, and multitasking is increased, allowing individuals to prevent distraction, have focused control, and be highly productive.

Studies have demonstrated that when PEMF therapy is regularly used, it changes the body’s stress responses by directly acting on major related components, such as the endocrine and nervous systems, along with the cells or organs of the body.

In addition, PEMFs can make the body less reactive to extended episodes of stress. Transcranial PEMF was approved by the FDA in 2011 for treating severe, drug-resistant depression.

For injury, recovery and healing

Use PEMF therapy to prepare, perform and recover; if PEMF therapy is performed regularly, it allows muscles to work harder for a longer period of time and recover more rapidly. PEMF therapy triggers the process of energy production in muscles and also increases the cellular energy by as much as 500%.

In addition, PEMF therapy provides a gentle way to trigger the production of heat stress proteins prior to exercise. These proteins not only prevent the breakdown and wear and tear of cells, but also encourage accelerated healing from injury.

Studies show that with PEMF therapy, the uptake of oxygen into muscle increases by at least 1%, which is sufficient to considerably improve endurance and performance. PEMF therapy also stimulates blood vessel growth, which increases circulation further aiding tissues to receive their required nutrition, while expelling their generated waste.

For the casual exerciser, this means less pain and tenderness the day after activity. For the competitive athlete, this means reduced recovery time between training and more effective training. For everyone, it means building a healthier environment within the body, which is less likely to become susceptible to injury.